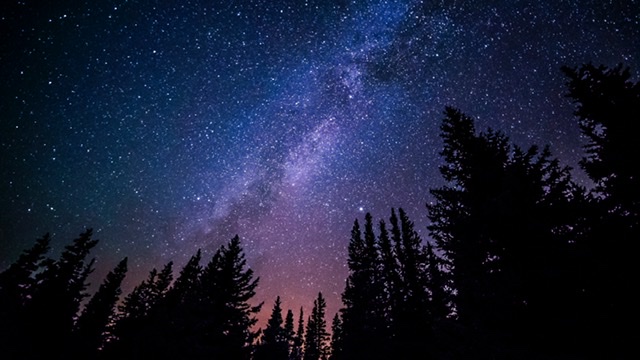 Dark Mode has been exploding fast with it’s introduction in iOS 13 and Android Q. Here are some of the benefits and a nice little perk for designers at the end!

Well, not in this case. Let’s explain why.

Previously, “Dark Mode” as it is called, was only on a few sites that liked the dark UI or it was on brand, or some custom ROMs for Android users. Also, those old computers where the screen was black and green. It was kind of rare that we saw it.

Dark mode is like what the above is. It is an alternate UI that essentially has everything inverted. Of course, within certain guidelines and other specs that make it the most usable possible. But, the screen is black or dark grey and the text is white or something else light. It has now showed up on iOS 13 and Android Q (both still in beta at the time of writing this). Since the introduction of OLED screens, it has been rising in popularity as OLED has been taking over.

Let’s talk about some of the benefits.

The main benefit is that text and photos pop a lot more against the dark background. Now, there is a lot of science around this that we won’t get into in this reading, but just know they do. Designers, like us, love it.

The next benefit is of course the ease on the eyes. Especially at night. Normally, screens are blinding with their all white pages. There are other ways to combat this too with things like Night mode or whatever your OS calls it, but they help with blue light and ease the strain on the eyes. Especially at night where the blue light can affect your sleep. For many, dark mode can help even more.

It can also increase your phone’s battery life as well.

Remember those OLED screens that we mentioned earlier? Well, they are pretty cool because they stand for Organic Light Emitting Diode. This means that each pixel lights up on their own. When something is black, the pixel is actually completely off. That is why you can crazy deep blacks like looking into a black hole. When the pixel is off, there is now power going to it. Now, make a majority of the UI dark and most of the screen is actually off! Crazy, right? This doesn’t apply to LCD screens by the way.

Those are just a few benefits and there are a lot more if we get super scientific, but this isn’t a study. It is more of a quick overview. There are some scientific cons, too. Nothing is perfect. But here, we do love our dark UIs. I have been trying to use them whenever we could since the first Galaxy S Phone came out back in 2010.

That is why we also create a dark mode UI kit for Adobe XD. We noticed there weren’t a lot of resources online around dark mode, so we decided to make a kit that aided us in our web designs and also can hopefully help you as well.

If you liked these pros above, you can check it out here!

STATUS [ENCRYPTED]
Thank you! Your submission has been received!
Oops! Something went wrong while submitting the form.
<PREVIOUS TRANSCRIPT
NEXT TRANSCRIPT>

Use our secure line to contact us about your project or idea.

Thank you! Your submission has been received!
Oops! Something went wrong while submitting the form.
Gamma Design